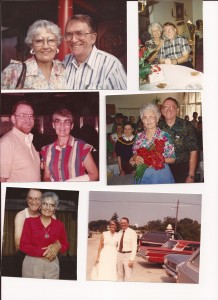 Children that grow up without respect and understanding of parental authority, not knowing the meaning of a (definite) “yes” or “no,” are going to have problems. The family is the foundation of society, and when there are “fifty shades of grey” between right and wrong, then “right” and “wrong” seem to disappear. Children are in need of clear guidance, and a knowledge of right and wrong. This begins in the home where parents are the authority. Government is good to an extent, but never has been a good substitute for raising children.
1. Parental authority is LAW. “Law” is basically a rule of action. It must be established – accepted – administered God’s way and must never be in doubt. Parental authority is not up for auction. When a man and woman are married and have children, they are in charge. Responsible for feeding, caring, clothing, rearing, teaching, disciplining, loving, nurturing, and protecting their children. Much like the old example which Jesus used in John 10 of the shepherd caring for his sheep. Much of the “shepherd and sheep” idea can be a good illustration of parenting children.
2. Take a look at some passages here:
Ephesians 6.1-3 “Children obey your parents in the Lord: for this is right. Honor your father and mother which is the first commandment with promise; That it may be well with you, and you may live long on the earth.” Point: IT IS WRONG FOR A CHILD TO DISOBEY AND DISHONOR PARENTS, AND WRONG FOR PARENTS TO ALLOW CHILDREN TO DO THIS.
Hebrews 5.8-9 “Though he were a Son, yet learned he obedience by things which he suffered; And being made perfect , he became the author of eternal salvation unto all them that obey him.” Point: LEARNING OBEDIENCE IS NOT EASY, BUT LEADS TO PERFECTION (MATURITY), ITS UP TO PARENTS TO TEACH.
I Samuel 3.13 “For I told him that I would judge his house forever, for the iniquity which he knows, because his sons made themselves vile and he restrains them not.” Point: PARENTS ARE RESPONSIBLE FOR RAISING THEIR CHILDREN RIGHT. WHEN THEIR CHILDREN GO THE WAY ELI’S SONS DID, THEY MUST ACT TO RESTRAIN (STOP-DISCIPLINE) THEM.
Today, employees run the business, students run the school, minority groups run everybody (political correctness), children run the home! Old Chinese proverb says, “HE THAT RESPECTS NOT HIS MOTHER AND FATHER RESPECTS NO ONE ON EARTH.”
3. LAW does several things, it provides, prohibits, protects, and promises. Law is a rule of action, the basis of habits formed, the foundation of independence earned and learned, the father of understanding and provider of liberty. For example: Mom and Dad were our “supreme court,” what they said was law for us. Dad would say, “Jack, play here (and then he would lay the boundaries.) As long as I played within the boundaries provided, I was okay. I was free, to play to run, to hide or seek, to jump and laugh… I was obeying Dad’s law. I felt good about that. Its when I got too close, or crossed the line, that something happened. What happened? I was guilty, dirty, wrong INSIDE. Whether or not I was caught, I WAS WRONG. Similar to Adam and Eve when they disobeyed, “I was afraid… and I hid myself.” The innocence, the communion, the freedom and feeling of “rightness” was gone!
What if Dad had (as he did many times) caught me. Instead of getting a whipping or whatever the discipline required, if he had said, “Aw, it’s okay son… nobody going to whip you. nobody gonna touch you. Don’t worry son, I’ll protect you from everyone and everything.” As Dad said in his lesson, “You may as well give him a gun. He is not going to respect any authority.” Authority respected begins in the home, not in church or school! Surrendering parental authority to church or school is WRONG.
Want to solve some problems at home? Lovingly but firmly (re)establish parental authority. Lay out the rules and draw the lines, and the consequences for crossing them, and hold to it, “For this is right…”